The Governor General is the Crown's representative in Canada. This is largely a ceremonial office which acts symbolically. 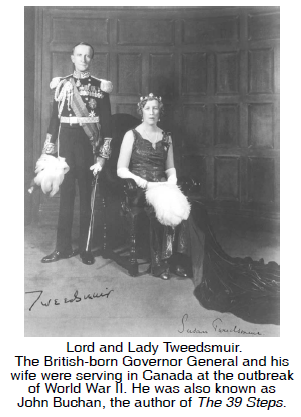 The first Canadian-born Governor General was Vincent Massey, appointed in 1952. Before that they had all been British and generally from the aristocratic class. The first woman to hold the position was Jeanne Sauvé in 1984. In 1994 the first Acadian, Roméo LeBlanc, was appointed to the position and in 1999 Adrienne Clarkson became the first immigrant in the job, followed by Michaëlle Jean, a refuge from Haiti, in 2005. In 2010 David Johnston, an academic, became Governor General.