By 1760 there were 70,000 people living in New France. Many had been born here and thought of themselves as "canadiens," belonging more to Canada than to the old country in France. 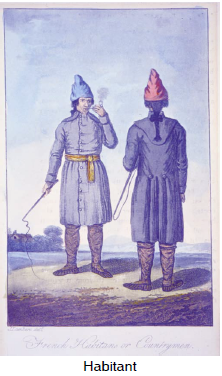 Because it took a year and a half to send a message and receive a reply from France, the habitants had developed a strong local identity and were making decisions for themselves. While Enlightenment philosophers like Rousseau Rousseau, Jean Jacques: a philosopher who was born in Geneva in 1712 of lower class Protestant origin. He did not become a successful writer until he was 40. His most famous work is the "Social Contract." were sowing the seeds of revolution by publishing their radical ideas in France, the settlers of New France didn't have a printing press in the colony.

The Seven Years' War which began in 1756 was a worldwide battle for power and wealth which pitted France against Great Britain. It was inevitable that one of the theatres of their conflict would be the rich fishing and fur trading lands of North America. While the French Canadians and brave military leaders like Louis-Joseph Montcalm fought desperately to hang on to New France, they were undermined by the greed and corruption of some French officials like the intendant intendant: an important administrative official in New France, responsible for finance, justice and police in the colony. Jean Talon was the first. François Bigot and the superior strength of the British navy.

The battle on the Plains of Abraham near Quebec City, which claimed the lives of both young generals, James Wolfe and Montcalm, would go down in history as the decisive battle in the British conquest of New France. The fall of Montreal in 1760 and the final conclusion of the European war in 1763 merely completed the process. 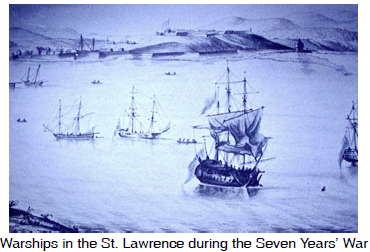 For the next eleven years Canada would be governed by military administration. Governor James Murray was reluctant to call an Assembly right away. He expected that eventually the French would simply assimilate assimilate: to adopt the values, customs and behaviour of another society; to be absorbed into it. into British society. As yet, however, British numbers were too small and, as the conquerors were to find out, the French-Canadian will too strong.