The British North America Act was an act of the British Parliament passed on July 1, 1867. It created the Dominion of Canada and set out its constitution. The Act itself stayed in London, England until it was brought home to Canada, or patriated, by the Constitution Act of 1982. 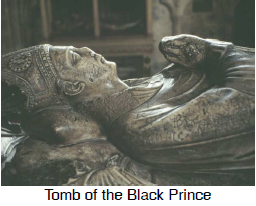 The BNA Act laid out the structure of the government of Canada and listed the division of powers between the federal government and the provincial governments. Initially there were four provinces. Canada West became Ontario. Canada East went back to its old name of Quebec. The other two provinces were the former British colonies of Nova Scotia and New Brunswick.

The Act included sections on the following:

1. The formation of Canada, including the date and the names of the four original provinces.

2. Executive power, with reference to the Governor General and the Privy Council, but with no mention of a Cabinet or a Prime Minister.

3. Legislative power, including the creation, constitution and powers of the Senate (Upper House) and the House of Commons (Lower House). The House of Commons had representation by population with Quebec as the pivotal province. It would have the same 65 seats it had in the United Province of Canada and the others would have more or less depending on their relative populations.

4. Provincial constitutions, with definitions of their executive and legislative powers.

5. Distribution of powers, between the provinces and the federal government. This was perhaps the most important section and the issue most argued about to this day.

Sections 91 to 95 of the BNA Act dealt with the division of powers between the federal and provincial governments:

The provinces could make laws exclusively over: amendments to provincial constitutions, public lands, the administration of justice, municipal institutions, prisons, hospitals, asylums, property and civil rights, all matters of a local nature, and education.

The federal government had the power to make laws for the "Peace, Order and Good Government of Canada." This was called residual power, or power over all things not specifically designated to the provinces. The federal government was also to remove all variations in Common Law as it applied in different regions. This did not affect the Civil Law of Quebec which was distinct.

Agriculture and immigration would be jointly administered by federal and provincial governments. The federal government had unlimited taxation powers, including indirect taxes such as customs and excise duties. The provinces were restricted to direct taxes and licences.