The Canada Act divided the colony of Quebec into two parts on either side of the Ottawa River. The traditional French area east of the Ottawa River was called Lower Canada because it was downriver or along the "lower" part of the St. Lawrence River. The western section was called Upper Canada because it was "up river" in terms of the great St. Lawrence waterway. 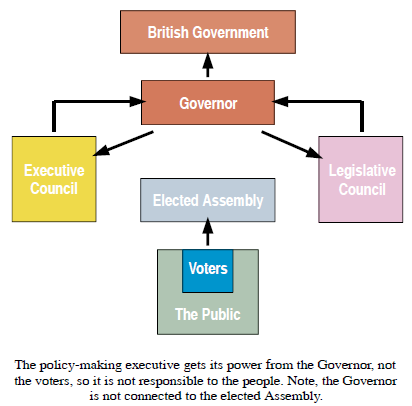 This was done so that the British majority in Upper Canada could have their own freehold freehold: a system of land ownership in which the owner had the freedom to either keep the land for life, or sell it, or transfer it to his heirs. system of land owning and English Common Law. Lower Canada retained its own Civil Law and the seigneurial system (although by now many of the best seigneuries seigneury: a seigneur's estate. were owned by the British). Lands not included in existing seigneuries (mostly in the Eastern Townships) could now be held under the freehold system.

The Canada Act also established the first elected Assemblies in Canada. Although their decisions could be overturned by the Governor and his appointed Executive Council, the Assemblies had taxation abilities which did give them some real power.

<< Prev: The Canada Act: Introduction
Next: Who Could Vote? 1791 >>
Further Reference