This is an excerpt from a half-hour documentary called Normandy Dream. A real Canadian veteran of the Normandy landings, Cpl. Jack Fleger, takes a trip back in time to Sword Beach where he landed on June 6, 1944 as part of the D-Day assault - the Allied invasion of France that eventually defeated Germany. 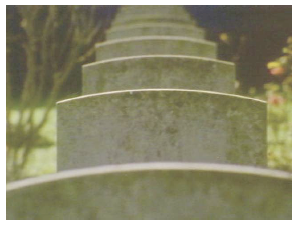 Original stock footage from the war mixes memory with present-day scenes. The film was produced by Artistic Productions Ltd. and was broadcast on the CBC national network. The narrator is Canadian journalist Bruce West.

D-Day was the largest seaborne assault in military history. 175,000 allied troops (from Canada, the United States, England and the Free French) landed on the beaches of Normandy, France in the early hours of June 6. 4000 ships carried all the men and supplies. Everything necessary for the invasion - food, tanks, trucks, ammunition - had to brought by sea. Huge concrete docks, called mulberries, were towed over from England and sunk in formation to form a good harbour off the coast. The Royal Canadian Air Force sent bombers before the landings to attack the German gun emplacements. During and after the landings our fighter pilots flew cover for the allied ground troops. On the first day Canadians made the deepest penetration of all the allied forces.