On the eve of Confederation the population of what would become Canada exceeded 3,000,000. Of these, nearly 80 percent lived in Ontario and Quebec. 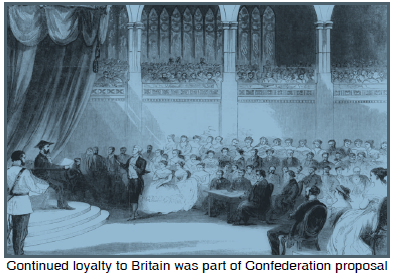 Although cities were growing in the old centres of Halifax and St. John on the Atlantic, Quebec City and Montreal along the St. Lawrence, and a strip from Kingston to Toronto along the north shore of Lake Ontario, more than 80 percent of Canada's people lived a rural life. They travelled on dirt trails and corduroy roads, churned their own butter, sewed their clothing by the dim light of coal oil lamps and cultivated their farms with scythe and oxen.

The politicians of the day, like John A. Macdonald, George Brown and George-Étienne Cartier, were trying to govern in the face of a severe political deadlock which had resulted from the Act of Union. Between 1862 and 1864, five separate coalitions had tried to govern the Canadas.

In the meantime, the Maritime provinces of New Brunswick, Nova Scotia and Prince Edward Island had been discussing the idea of a union among themselves. The first Charlottetown Conference in September 1864 was originally planned as a meeting to debate this idea of Maritime union. Macdonald, Cartier and Brown invited themselves to the conference to try to sell their idea of a larger union of all the British North American colonies. For seven days they took control of the agenda and made their persuasive arguments. 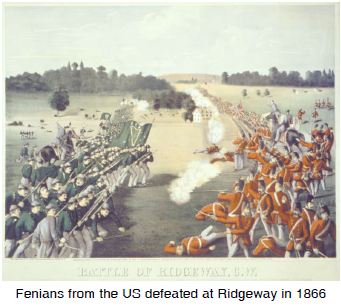 The main points of the Canadian proposal were continued loyalty to Britain; a strong federal government, but provincial control over local affairs; representation in the Lower House or Assembly based on population; and an Upper House or Senate to provide regional representation. Many of the same issues were still being discussed at the second Charlottetown Conference in 1992.

Not all Maritimers were sold, though. Joseph Howe of Nova Scotia and others argued that there was nothing the Canadas could offer that Maritimers needed. Despite these objections, the Canadians got their way and a meeting was set for Quebec City the following month to discuss the details. The regional conflicts that bedevil Canadian constitutional talks to this day were there from the beginning, with the strong future provinces of Quebec and Ontario taking centre stage.

After three more years of political debate, and with railway construction plans as a powerful incentive, Macdonald was able to take a Confederation proposal to the British parliament in 1866 and the Dominion of Canada was created in 1867 by a document called the British North America Act. 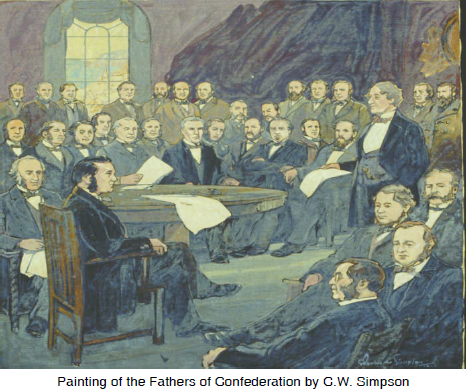 This painting commemorates the men involved in negotiating the Confederation of Canada in 1867. It is quite well known that many of them had a direct interest in railway development which was advanced by Confederation.