Lord Sydenham was Governor of Canada after the Act of Union. Although he supported the idea that the Queen held the ultimate authority over the colony, his actions showed he was responsive to the idea of responsible government. 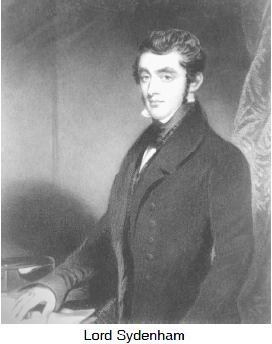 He selected his executive council from the leaders of the elected Assembly, although at this point, no clear party affiliations had formed. Sydenham was killed after falling from a horse in 1841.

Sir Charles Bagot replaced Sydenham. He was even more openly supportive of the idea that the government should be run by those who had the popularity of the Assembly behind them and he gave more recognition to French Canadians, inviting the former rebel, Louis LaFontaine, to join his ministry and appointing separate Deputy Superintendents of Education for Canada West and Canada East to
allay: put at rest; quiet.allay French fears of being absorbed into an English secular: not religious.secular school system. Under Bagot, in 1842 and 1843, Canada was governed by Francis Hincks, Louis LaFontaine and Robert Baldwin.

Sir Charles Metcalfe succeeded Bagot in 1843. He came from a background of military service in India and had been Governor of Jamaica. Metcalfe opposed the idea of responsible government for the colony, a development which he felt was the next thing to rebellion and was bound to lead that way as it had in the United States. He and the Colonial Secretary in London, Lord Stanley, tried to overrule the reform sentiments of the Assembly and put like-minded ministers in their executive council. Metcalfe did support French language rights and the dual nature of the colony. While resisting responsible government, he did promote the federal system, recognizing that the colony was made up of different parts and was not homogeneous.

Lord Elgin was Lord Durham's son-in-law. He became Governor of Canada in 1846 at the same time as Lord Grey, Durham's brother-in-law, became Colonial Secretary in Great Britain. Both recognized that responsible government could no longer be resisted in the colonies.