When the Métis negotiating committee went to Ottawa it carried with it a List of Rights which included the following items: 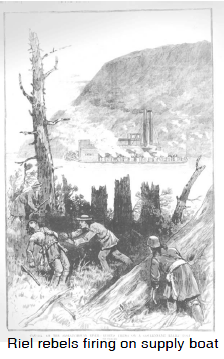