People were forced by the events of the depression to examine critically their place in society.

Industrial workers and tradesmen began to revive their unions.

In Ontario, Premier Mitch Hepburn recruited students and veterans to fight striking auto workers who were
pickets: people delegated by their union to stand near the factory, etc, during a strike in order to prevent employees from working and customers from buying.picketing the huge General Motors plant in Oshawa. The premier's "goons" became known as "Hepburn's Hussars" and "Sons of Mitch's." In 1937 the strikers affiliated themselves with the American union, the CIO (Committee for Industrial Organization). 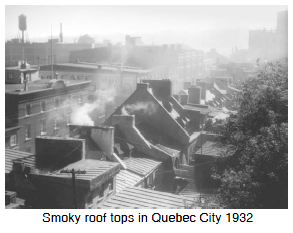 After a bitter strike, the union won a huge victory which spread across the industrial sector of Canada. Craft unions like the Trades and Labour Congress (TLC), which were fairly conservative, were being challenged by newer unions like the CIO which sprang from the different working conditions of mass-production industries like the automotive industry.