During the Napoleonic Wars, Britain and France each declared a blockadeblockade: shutting off an area by troops or ships to prevent ingoing or outgoing movement or trade. against the other. Because Britain had the better navy, it was more successful in imposing its blockade. 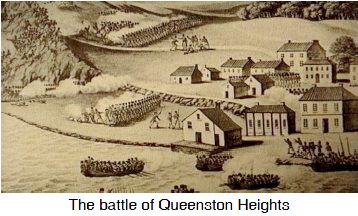 Neutralneutral: belonging to no side in a conflict; not taking the part of either side in a conflict or war. ships trying to trade with Europe were stopped by the British. Among these traders were American ships, which the British also searched for deserters. Sometimes, under this pretextpretext: a false reason or excuse given to conceal the true reason., American sailors were drafted into the British navy. Another point of conflict between the Americans and the British involved the so-called "Indian Wars" in the western frontiers of the United States, newly acquired from the French through the Louisiana Purchase. The Americans suspected the British of supporting the Shawnee chief, Tecumseh, and the native alliance which was trying to resist this westward expansion by American settlers. 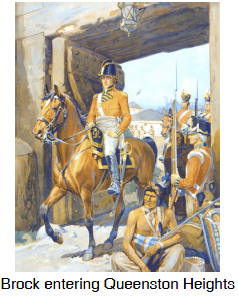 The American government retaliatedretaliate: to repay one injury or wrong with another; to return like for like. by declaring war on Britain and attacking the closest British possession, the colony of Canada. This initiated the War of 1812. The Americans thought that many Canadians would be glad to break with the British monarchy and join the "free" United States. In this they were mistaken. French Canadians, although reluctant to join the British army of defence, did not respond to the Americans, either. Many English Canadians were United Empire Loyalists who had fled ill treatment in the U.S. after the American Revolution and were not anxious to return to that country. 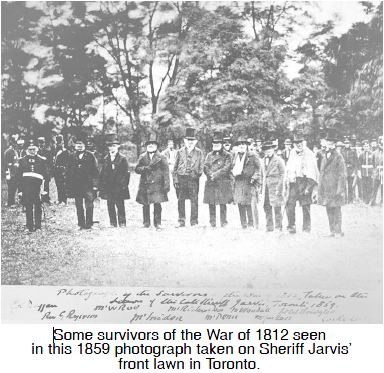 After two years of border fights, mostly in the St. Lawrence-Great Lakes area (the eastern seaboard states remained neutral relieving New Brunswick and Nova Scotia of any threat), a peace treaty was signed in Europe which left things just as they were before the war. Canada had been successful in holding off the American invasion.

One of the most famous generals on the Canadian side was Major General Isaac Brock. He had a valuable ally in the Shawnee chief Tecumseh, who was a leader in the movement to unite the various First Nations tribes against encroaching white settlement in the Ohio Valley. Tecumseh supported Brock's bold plan to attack Detroit in August 1812. Together, through various strategies, they convinced the commander in Detroit, Brigadier General William Hull, that he was overwhelmingly surrounded by hostile native warriors and a large force of British regulars. To avoid what he thought would be a massacre, Hull surrendered. This victory was a powerful morale booster for the Canadian side early in the war.

Brock died at the Battle of Queenston Heights on October 13, 1812, though his troops were successful there. Canadian folk singer, the late Stan Rogers, sang about the battle in his well-known ballad, "MacDonnell on the Heights." Chief Tecumseh died on October 5, 1813 at the Battle of the Thames in Moraviantown (now Thamesville, Ontario)

Another now-mythologized figure from the war was Laura Secord. When she was 37 years old, she walked 30 kilometres through swamps and past American sentries, from Queenston to Beaver Dams, to warn the British leader, Lieutenant James FitzGibbon, about a planned surprise attack on his small force of volunteers. She had overheard the plans being discussed by American soldiers who were occupying her home.

French Canadians, while not fighting as British subjects like the English Canadians, did fight to defend their homeland. In the battle of Chateauguay in Lower Canada, Charles-Michel de Salaberry and a small force of 1600 held back 4200 Americans on October 26, 1813. One of de Salaberry's tactics was to blow horns and make noise in the woods to give the impression of being a much larger force.

Another famous victory for Canada was the battle at Crysler's farm in November 1813. Eight hundred Canadian and British troops defeated 1800 Americans just west of Cornwall, helping, along with de Salaberry's victory, to prevent an American advance on Montreal.

This was the first digital, multimedia history of Canada. It started out as a laserdisc in 1993 and the CD-ROM version has been used in schools across the country. This online, public domain site is the fifth edition of the project.