When Canada was in the process of achieving responsible government: a system of government in which the executive (law makers) must have the confidence (support) of a majority in the elected legislative assembly.responsible government, both French and English leaders worked together for that end. In one election French-Canadian reformer, Louis LaFontaine, lost his seat in Lower Canada (also known as Canada East), so the English-Canadian reform leader, Robert Baldwin, offered him a safe seat in Upper Canada (also known as Canada West) which he won.

A couple of years later, Baldwin lost his seat and LaFontaine returned the favour, finding him a safe seat in Lower Canada. So, for awhile, we had a situation in 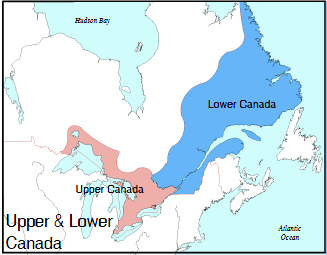 This co-operation between French and English in Canadian politics has been characteristic of successful governments in Canada since the 1840s.

<< Prev: Louis LaFontaine
Next: Beginning of Political Parties in the 1840s >>
Further Reference