When Lord Durham arrived to assess the state of the colony after a blaze of rebellion had swept both Upper and Lower Canada in 1837, he found a country under the impact of many changes. The first faint stirrings of a national idea had been aroused by the War of 1812 . With heroes like Brock and Tecumseh and Laura Secord, this little colony of half a million had defended itself against invasion by a country eight million strong to the south. Though basically a minor chapter in the Napoleonic Wars, the War of 1812 would become one of the major events in Canadian history, inspiring myth, legend and song. 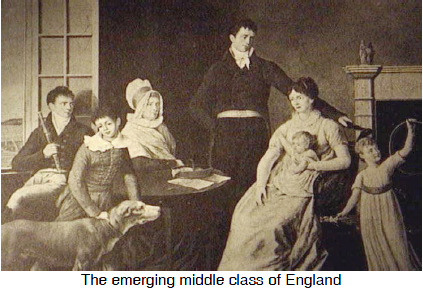 Britain's Industrial Revolution would also have a part in changing life across the ocean. It created a new middle class whose influence would reform political thinking on both sides of the Atlantic. It also created a whole group of people displaced by this structural change to the economy and many of them made the Great Migration to the New World where they added to the numbers of discontented here who eventually rebelled against the monopoly of power held by the Family Compact Family Compact: name given to the oligarchy that controlled the government of Upper Canada.and the Chateau Clique Chateau Clique: the small, upper class, mostly English group that controlled the government of Lower Canada..

Although the Rebellions of 1837 were quelled fairly quickly, Great Britain didn't want to risk losing another group of colonies. Lord Durham's solution, drafted as the Act of Union, contained kernels of reform, but also created a political deadlock that would only be broken twenty-seven years later by a daring new experiment.