During the 1850s new industries were growing up in Canada. First of all, there were all the businesses that were associated with railway development like engine foundries, metal workshops and rolling mills, as well as the thousands of workers required to build and maintain the tracks. 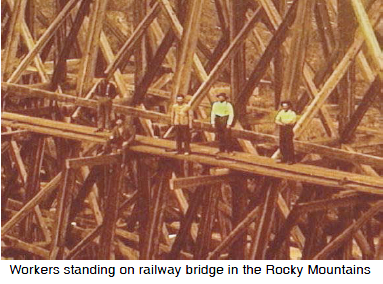 Then, as towns began to appear along the route of the railway, other industries were added - flour mills, breweries, boot factories, wagon manufacturers. Ironworks were particularly important during this rising industrial age. And the production of tools and machines for farming would become another major industry, serving the rich agricultural lands of Canada West.

The beginnings of industry in the colonies coincided with the decline of the old mercantile system where Canada traded its wheat, lumber and other raw materials for manufactured goods from Great Britain.