The Seven Years' War (1756 - 1763) was part of an ongoing rivalry between France and Great Britain for economic power in the world. The two countries vied for control of colonies in North America, India and the West Indies, and supremacy on the sea. Colonies were an important source of raw materials like sugar, fish, furs and lumber and their inhabitants provided a ready market for manufactured goods from the mother country. 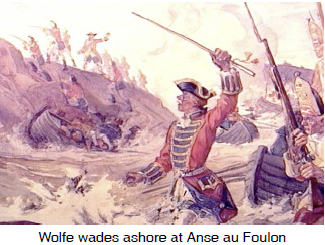 This was a continuation of a series of European battles that had begun earlier in the 18th century and involved Prussia (the core of what is now Germany), Austria and Russia as well as France and Great Britain. The wars were generally about territorial control and power among the ruling families of Europe.

Eighteenth century wars had little to do with nationalism nationalism: the desire of a people to preserve its own language, religion, traditions, etc. often within an independent national state. (a concept that hadn't really surfaced yet) or ideology ideology: the combined doctrines, assertions and intentions of a social or political movement. Communism and capitalism are ideologies.. Soldiering was just a job and armies often contained deserters or conscripts from other countries. Battle was fairly formal and static and was waged between armies. Ordinary people were not often directly involved or affected by these wars in Europe. This was in direct contrast to the New World where the ordinary population was under constant threat of attack from Indigenous peoples or the British. Here life evolved around the military which held a prestigious position within the structure of the society.

There were several reasons the French lost their colonies in North America. A lot of their attention was going to the land war in Europe against Prussia. (Great Britain helped finance its ally, Prussia, but did not send troops.)

New France covered a large territory, but it didn't have as large a population as the British colonies to the south. Also, the British had a strong navy.