The Age of Enlightenment Enlightenment: an 18th century philosophical movement which emphasized intellectual freedom. Science and reason replaced superstition. Existing political and religious beliefs were questioned. (1750 - 1770) was a period of great change in the way people thought about their world and the place of human beings in that world. For the first time people began to think that there were natural laws governing the world which applied to everyone. 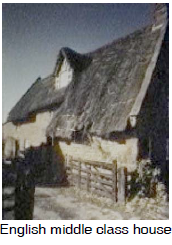 The world had its own sense of order and justice that humans could discover through learning and science. This challenged a lot of the old institutions, especially the Roman Catholic church and the aristocracy.

This age was characterized by a spirit of confidence in human reason, a belief in human progress, and scepticism scepticism: doubting or questioning, especially of religious principles or doctrines. about traditional beliefs. Among the educated people there was more openness to new ideas and this educated group had now enlarged to include a commercial and professional middle class. Developed by thinkers like the French philosopher Jean Jacques Rousseau Rousseau, Jean Jacques: a philosopher who was born in Geneva in 1712 of lower class Protestant origin. He did not become a successful writer until he was 40. His most famous work is the "Social Contract.", these ideas became the root of democracy democracy: a system of government that is run by the people who live under it, either through direct vote or by electing representatives. and nationalism nationalism: the desire of a people to preserve its own language, religion, traditions, etc. often within an independent national state. - two concepts which were new to the 18th century - because they implied that all people are born with certain natural rights and obligations to each other and are bound together through a "Social Contract Social Contract: published in 1762 by Rousseau, it talked about concepts that gave power to ordinary people and was one of the influences leading to the French Revolution of 1789." that expressed the General Will of the majority. Rulers and governments were only the representatives of a sovereign sovereign: having independent, supreme authority; not controlled by others; self-governing. people.

These ideas broke the automatic, inherited sense of authority which the upper classes had previously held. Arbitrary arbitrary: based on one's own wishes, not based on rule or law. claims of power could not be justified any longer. With a new confidence in human endeavour, people came to be valued for what they did, not just what position they were born to.